It’s the end of the world as we know it, and a group of friends and acquaintances certainly don’t feel fine. In The Nice House On The Lake #5, people finally start talking to each other and working their way past their post-traumatic stress. The answers they find expands this rabbit hole into fun and unexpected directions.

The focal character this time is known as The Scientist. Veronica is a stargazer and, after the Comedian (not Mister Blake) dropped a bombshell on everyone in the previous issue, has key information to what’s happening to them all. This finally leads to a much more frank discussion. As the revelations come fast and furious, the James Tynion the Fourth script keeps changing the game up until the last page reveals that it’s giving premium early Shyamalan vibes.

The visuals presented by Alvaro Martinez Bueno, Jordie Bellaire, and lettering by Andworld Design do a great job of taking what could have looked like a set of talking heads and investing it with motion and intensity. This is no mean feat for a mystery mostly solved in slow snapshots, but it’s working here, and this combination of elements nails the assignment even with such a high degree of difficulty.

When you look at books that will stay with you long after you’ve turned the last page of the issue, The Nice House On The Lake fits the bill with a truly literary standard of excellence. RATING: BUY.

Nice House On The Lake #5
By James Tynion the 4th, Alvaro Martinez Bueno
Veronica, the Scientist, has one of the longest-standing connections to Walter among anyone in the House — and through her work with NASA, she may have insight into who he really is. But what she sees in the stars above the House may upend everything she thought she knew!

Nice House On The Lake #5 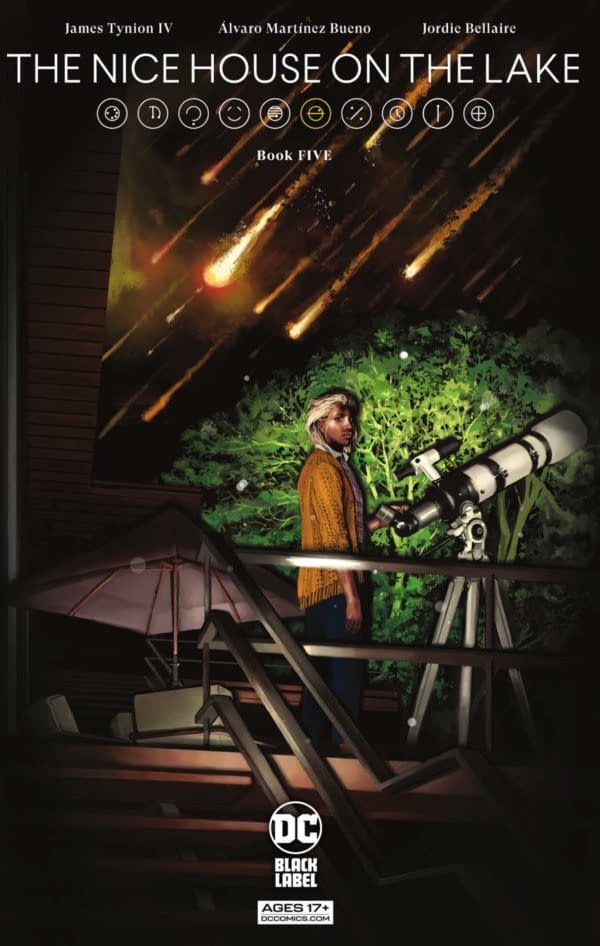 The unhappy housemates were already reeling from a big discovery when they finally started talking to each other … and discovered even more!

Celebrities reach out to beloved Edmonton woman dying of cancer: ‘We love you’

Ryan Reynolds donates to B.C. flood relief, invites others to do the same

Tiger Woods Hopes To Play Tour, But Will Never Do So Full Time Again – Deadline